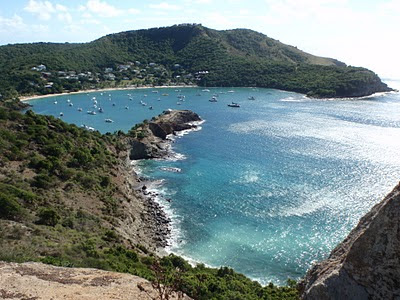 Land Ho! After 18 days at sea we are now anchored 'safely' in English Harbour, Antigua. The weather on this passage from the Canary Island of Lanzarote to Antigua in the Caribbean's Leeward Islands, was not what we had initially planned on. Typically, crossing the Atlantic from Europe to the Caribbean involves getting down to the Canary Islands and then catching some good tradewinds a little further south for a downwind ride across. This year most boats have encountered headwinds and calms. Here are the stats for our voyage:
distance thru the water (log) 2963 nm
distance based on noon positions 3031 nm
distance great circle 2730 nm
time Puerto Calero to English Harbour 430 hr (17 days, 22 hr)
average speed based on noon positions 7.0 kn
average speed thru the water 6.9 kn
time under power 135 hr
fuel used for propulsion 365 gal (1380 liters)
We chose a route that avoided all but 10 hrs of headwinds on a southwesterly initial course from the Canaries sweeping down to 15N 40W where we held between 15N & 16N avoiding calms to the north and unsettled squally conditions to the south until 55W where we took a north-northwesterly rumb line to Antigua.
Gear failures on passage were minimal and included a failed main engine fuel filter (new), chafed main preventer/pole foreguy, spreader light lamp retainer ring and mainsail batcar bolt dropping on deck and failed forward head vacuum pump. 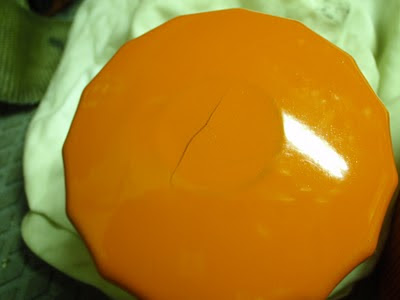 Maintenance performed underway included several fuel filter changes and changing a coolant hose and coolant on the main engine.
All sails (main, genoa, staysail & 180% Code Zero headsail) were used at some point on the passage (we carry no spinnakers).
English Harbour, Antigua is as quaint and nice as we remember it and the check-in procedure was easy with Immigration, Customs, Port Authority/Parks all in the same building in historic Nelson's Dockyard. Only the Captain is to go ashore until clearance is completed. Customs did ask for clearance papers from our last port and was satisfied with a crew list we got stamped by the police in Lanzarote and by the harbormaster in Cadiz. He smiled when told it was the best we could do in Spain.
We anchored in Freemans Bay which is now very crowded (17d 00.31' N, 61d 45.73' W, 29 ft). 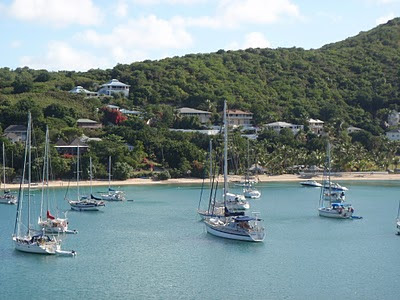 More on what's ashore later...
Posted by Kurt and Katie Braun at 1:38 PM